Today on August 4 begins another wave period of the Ninth Wave giving guidance and direction for all those who are committed to the destiny of humanity as one of unity consciousness. Each such wave period is a total of 36 days long that is divided into a DAY of 18 common days followed by a NIGHT of 18 common days (9th Wave Calculator).

The beginning of such a wave period is an important time for everyone to light a candle as it marks a shift in human creativity. This is just as true for August 4 as it was for May 24th and June 30th or will be for the upcoming September 9, 2017. The peaks (also called DAYS) of the Ninth Wave are times when the light in the movement towards unity consciousness shines through. This is true especially for those individuals that are committed to bringing humanity in this direction, but also on a collective scale it will over time become increasingly visible with consequences on a national or global scale. Yet, we are early in the development of this wave that was activated in 2011 and it is not visible to everyone.

Since August 4 is the beginning of a DAY of 18 days and this wave is supportive of a movement towards peace and unity it is an important opportunity for those seeking such a direction to listen attentively to any guidance that now may come forth regarding our individual courses in life. 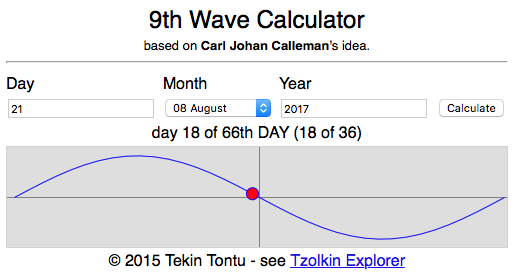 Fig 1. The shift into a night of the Ninth Wave on August 22.

The shift to a NIGHT in this wave period may however be what is interesting to most as it happens on August 22, and hence follows directly upon the full solar eclipse that is visible in parts of US on August 21. The solar eclipse in other words initiates a NIGHT of the Ninth Wave. This full solar eclipse is according to most sources the first to happen in 99 years in the United States and since it is exclusively visible in this country, it has mostly been interpreted to be linked to the fate of this nation. To indigenous peoples solar eclipses are overall considered as negative omen and by medieval astrologers they were typically believed to herald the downfall of a king or dynasty. It is then natural that many current day astrologers have suggested that the event somehow pertains to Donald Trump. After all this solar eclipse is limited to the United States and the political crisis in the Trump administration has become a constant. By the standards of political normality any period so far this year could be a qualified as a downturn, but at the current time the political chaos is also intensifying. To predict a further downturn for the Trump administration can hardly be said to be a very original idea. Whether there is a solar eclipse or no solar eclipse this is still happening.

I have however argued that Donald Trump ultimately does not cause this erosion of the political system, but that rather he may be the person who is best suited to manifest the downturn that is inherent in the shift into a NIGHT in the Sixth Wave. This energetic downturn primarily hits the Western powers and so in particular the US and the UK and for this reason an erosion of the powers of those two nations are running in parallel. The way it manifests in the UK is that now after the activation of Article 50 (calling for the withdrawal of the UK from the European Union) it has become quite clear that most foreign banks will move their European headquarters away from the city of London. Given that its financial centre has been what has remained of the British Empire this is not a small thing, and is a marked part of the downturn of the West. Similarly, in many regards, such as climate politics, many other nations are starting to count the US out, leaving the US increasingly isolated at least from its traditional allies in Europe. In this perspective the impaired standing of the US and UK in the eyes of the rest of the world is not really caused by Trump and Brexit. Rather Trump and Brexit are serving to manifest what in one way or another was going to happen anyway because of the fact that the Sixth Wave has turned into a NIGHT. Fig 2. shows how in the ancient view of the Mesoamerican peoples the Plumed Serpent (the sine wave) would bring civilizations as peaks began and abandon them as the valleys began.

Fig 2. The rise and fall of significant civilizations as a result of the movement of the Sixth Wave. Note that the seventh of its peaks for the first time in human history generated a global civilization.

It should here be pointed out that overall the Sixth Wave (with a wave period of about 800 years) provides a much larger perspective than the Ninth Wave (wave period of 36 days) and even more so compared to a solar eclipse on a singular day. The Sixth Wave actually among many other things describes the chief development of civilization going back to its early beginnings in Sumer and Egypt about five thousand years ago (See fig 2). So while the downturn of Western dominance is a phenomenon that will manifest over the next four hundred years, the higher waves such as the Ninth Wave will still play an important role for what is happening in our most immediate future. The high frequency of the Ninth Wave gives it a high power even if it has not yet been active for a time comparable to that of the Sixth Wave. Hence, while it can be considered a certainty that the Western powers will not continue to dominate over the rest of the world for the coming 400 years, it is not certain how and exactly when the global balancing process setting an end to this will occur. The solar eclipse may herald an event along such lines, but my own guess is rather that it will temporarily strengthen the old order of dominance of corporations and billionaires symbolized by Trump. After all, the solar eclipse marks the beginning of a NIGHT in the Ninth Wave and those are not the periods that are the most conducive to unity consciousness. 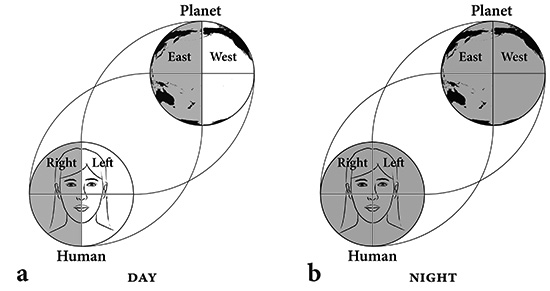 Fig 3. The shift in the global and individual minds as a result of the shift from a DAY to a NIGHT in the Sixth Wave.

Regardless of what scenario will play out in the United States and elsewhere in the couple of upcoming wave periods in the Ninth Wave, its fate is primarily determined by the Sixth Wave (Fig 2) and a balancing in power between the Eastern and Western Hemispheres is now taking place (paralleled on the individual level by a balancing of the left and right brain halves. See Fig 3) that will tend to weaken it. What is not so clear is how disruptive the transition to balance on a global scale will be. This depends largely on to what extent people develop resonance especially with the Eighth and Ninth Waves of creation, which are the waves that are now leading humanity to manifest its destiny on a global scale. Naturally, this in turns depends on how many people actually intend to establish a balance that ultimately can lead to peace,

So even if the upcoming 66th period of the Ninth Wave (beginning August 4 and including the solar eclipse) is likely to play a crucial role for defining the future fate of the United States, I believe the 67th is the one that will be decisive for this. The latter Ninth Wave period begins with a DAY on September 9 and turns into a NIGHT on September 27, 2017. The reason the latter is likely to be an ominous day is that the Eighth Wave then simultaneously turns into a NIGHT and will remain in this state for all of the following 360 days. For this whole time period until September 22, 2018 it will only be the Ninth Wave that provides any spiritual LIGHT to humanity. And so, even if this is an energetic scenario that would be ideal for creating balance and equality on a global scale (and hence prepare for a more balanced and peaceful world) it is likely to become a very difficult process to accomplish this. While the light of the Eighth wave will come back on September 22, 2018 it will go out again in another 360 days and the stabilization of a world in balance may not be apparent until 2031 (when the Seventh Wave turns into a DAY). Reasonably then the upcoming thirteen years will be a challenge to us all, since the waves influence the mind of all levels of the universe, galactic, heliospheric and planetary as well as our own human. The foundation for lasting peace after 2031 will be built during this time ahead, but this balancing will largely be effected by turning out the light from the dualist waves (See Fig 2) so that the transformation may come to take place because of a potentially destructive darkness. Following September 27, I believe we will then have to adapt to an interference pattern of the creation waves that more than ever before shakes up our ingrained beliefs as to what we are here for. We will have to learn how to follow the only wave that will provide light, which is the Ninth Wave.

Carl Johan Calleman, Ph.D is the author of several books based on the ancient Mayan calendar system including the most recent The Nine Waves of Creation (Inner Traditions, 2016).