In ancient times the Mesoamerican peoples (Maya, Aztecs and Toltecs among others) looked at the Plumed Serpent as a bringer not only of civilization, but also of knowledge and wisdom. It was a divinity around which a rich lore was developed that we know about especially from the Aztecs who called this Quetzalcoatl. Sometimes individuals would also be given this added name such as the famous Ce Acatl Topiltzin from the Toltec capital of Tula, who was recognized for his good deeds, wisdom and creation of civilization. Humans in other words through their actions could become carriers of the light of the Plumed Serpent and we may ask if this could happen also in our present time and if so how. To answer this we may also note that it has often been suggested that the Plumed Serpent was the same entity as Jesus Christ, whose life led to the emergence of a new religion.

Yet, the myth of the Plumed Serpent has mostly been looked upon as enigmatic by modern people and it has for instance been hard to make sense of the fact that in the ancient Mayan text Popol-Vuh this divinity was presented as the supreme creator god that seeded life throughout the universe. In fact, so important was the Plumed Serpent to them that the famous pyramid of Chichen-Itza is dedicated to this divinity (see below). This however leads us to wonder how a serpent could be seen in such a significant role. 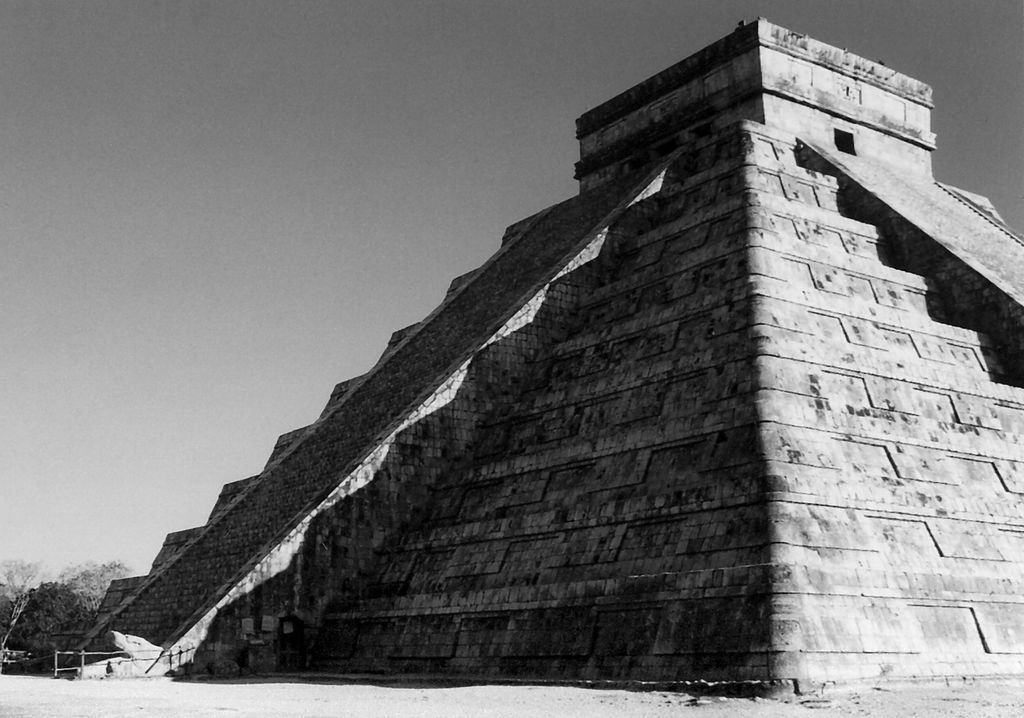 The descent of the Plumed Serpent at Chichen-Itza where the shadows have created a wave movement of seven triangles of light leading into its head.

This riddle is however easily solved if we recognize that the Plumed Serpent was the symbol used by the ancient peoples in Mesoamerica for any of the Nine Creation waves. The shadows on the staircase, creating a wave-like form, were for instance projections from the Nine terraces of the pyramid. The calendrical association of the Plumed Serpent was also 9 Wind implying that this divine power was present in Nine creation waves generating Nine spiritual winds. So was this only a myth or was there indeed a wave that created advances in human civilization as was attributed to Quetzalcoatl?

If we look at the Mayan Long Count of thirteen baktuns (or Sixth Wave of seven peaks and six valleys) above – which is a direct parallel to the light projections on the Pyramid of Kukulcan, it indeed looks like the periods of light of this wave are what have brought many of the major civilizations to our planet, whereas the valleys in between are dark ages, when these same civilizations have been destroyed or at least have gone into resting phases. Since the ancient Maya were very well aware of this directed wave movement through their calendar system, it is not very surprising that they looked upon the Plumed Serpent as a bringer of civilization. Jesus teachings for instance started to be spread throughout the world at the beginning of the fifth peak and the legendary Topiltzin who brought civilization to the Toltecs lived during the sixth peak. From this we may understand why also human individuals, whether Christ or Topiltzin could be looked upon as Plumed Serpents, as they are carriers of the light of the wave.

At the current time, while the Sixth Wave continues to run, higher waves such as the 7th, 8th and 9th Waves have been activated that carry the light energy of Quetzalcoatl and this means that for those that want to become the manifestations of the Plumed Serpent now it becomes critical to create resonance with the 9th Wave. It is by creating such a resonance and paying special notice to the information we gain during the peaks of this wave that we may become the carriers of the wisdom of Quetzalcoatl. Like the Plumed Serpent this Ninth Wave has a direction and purpose for humanity. It thus becomes a critical factor for those that want to deliver the destiny of humanity to create resonance with the unity consciousness of the Ninth Wave. On February 5th, 2017 a new peak will begin in the Ninth Wave and so this day is a good time to start exploring what this means to you as an individual (http://www.xzone.com.au/9thwave.php) and start on a path of becoming a manifestation of the Plumed Serpent of light.